Below is the carbon monoxide testimony of Attorney Gordon Johnson before the U.S. Consumers Product Safety Commission on March 7, 2017.

I’m going to start by reading a news story.

The story begins, Anchorage, nine people in a small Alaska town of Houston have been hospitalized after
being exposed to carbon monoxide in a home. The Houston Fire Chief, Christian Hartley, says
the Monday night incident occurred at a home that had a generator running in the basement.

And this is, perhaps as significant as the fact there’s a generator is the next paragraph. Hartley says a resident had left the home because of a headache and went to the home of a friend. He says that the two went back to the affected home and dragged the other people out.

This is happening within hours of us convening today. 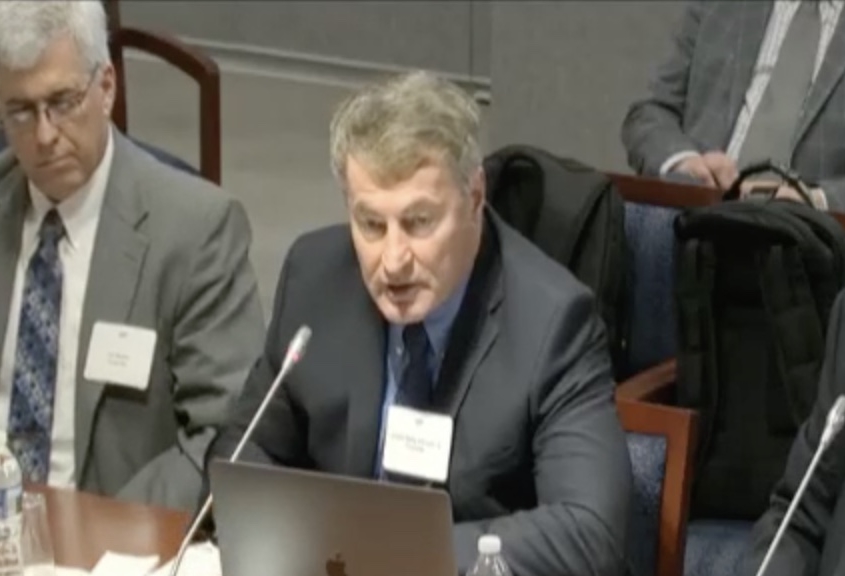 Carbon Monoxide Testimony of Attorney Gordon Johnson, author of this page to the U.S. Consumer Products Safety Commission about the dangers of carbon monoxide poisoning.

Who am I? My name is Gordon Johnson. I am a personal injury lawyer. That means I represent plaintiffs in situations like what might have happened here.

One of the cases I’m involved in is a case where there were four generators set up inside — at a wedding inside, and more than 300 people were poisoned. In that event, over 100 taken to the hospital.

I want to focus my testimony on three things.

I also want to focus on the impact that this regulation would have on what the general category of
chronic carbon monoxide poisoning, which did come up this morning.

And another issue which came up this morning, which is the full economic and societal impact of carbon
monoxide poisoning.

Why are the statistics, the scary statistics in your numbers, why are they underestimated?

They’re underestimated for the same reason that instead of having nine people with a headache in this Anchorage story today, there are all these people hospitalized. Because when you get the first symptoms
of carbon monoxide, it’s nonspecific.The body is a carbon monoxide detector, but it’s not a very clear one.

I had clients who were in a hotel and thought they had food poisoning and, of course, went to sleep. Fortunately, they did wake up thenext morning, but severely poisoned.

So the first problem is that the patients, the people who are getting poisoned, don’t realize it because it’s
so similar to other things. And the other symptoms are the kind of things that you might just lay down and hope you feel better in the morning. Well, if it’s a severe poisoning, they don’t wake up in the morning.

The other reason is that the medical people don’t recognize it either. When they get to the ER, I would
estimate that three quarters of the people who have carbon monoxide poisoning never have blood drawn. They never are told by the medical people that they have been poisoned. I know this not statistically but I know it from my own experience of talking to hundreds of people with carbon monoxide poisoning.

Most of the time when they go to the hospital, if there isn’t some connection to an event, like in Madison where they came in on buses, they are not — the medical people just don’t think that. If it’s in the middle of the winter and they’ve had a rush — a rash of these things, maybe they will. But most of the time, it’s too nonspecific.

Often, even when they know it’s carbon monoxide poisoning, they don’t do the right things. Rarely is there a referral for hyperbaric oxygen, which I believe statistically makes a difference in almost all outcomes.

The second area is, we’re talking here now about a reduction, perhaps 90 percent — I think your testing showed 93 percent — in the marine area, which may not be feasible, for smaller generators it’s 99 percent. Is that going to make a difference?

Well, one category it clearly will make a difference is those people who have the chronic exposures.

You could chronically get exposed to a generator that was too close to your house, day after day, day after day. These utility situations would be a good example. But the thing about most chronic exposures is they’re not so severe that they set off the carbon monoxide detector in the body and say, we have something happen. Those poisonings can be very severe because they happen again and again and again.

They’re not likely to ever get severe enough in this situation, because the levels would be under 10 percent which wasn’t clinically recognizable as carbon monoxide poisoning.

We may hear some people who disagree with that, but I’m very familiar with the research in this field. I basically cross-examine expert witnesses and doctors, neuropsychologists, engineers as my primary living and generally it’s if these levels are well below 10 percent, they’re probably not going to be significant.

They may have some issues but it’s not likely to be. I would analogize it to the situation that we have in football. The subconcussive hits in a career of playing football can wind up to be CTE, but you’re not going to have a career of those kind of blows if you drop the carbon monoxide emissions by 90-some percent. It’s just not likely to be significant, severe enough to make a difference.

The final area, which is an area that was touched on earlier today – which I probably have more experience than anyone else on the panel – is putting into economic and societal terms the impact of a carbon monoxide poisoning.

In all of our cases, our duty representing our clients is to put economic numbers on the impact. None of the people I represent died. Very few of them have carboxyhemoglobin levels above 30. Yet in almost every one of those cases, there is an economic impact that would include at a minimum a shortened work life
expectancy but also an inability to function independently in the world.

It’s in many ways like we suddenly turned young children, productive adults, into people late in life who need supportive care to get through day to day.

These are the areas that are most difficult to quantify but have the greatest impact. And in many ways, the only way to really take care of the survivor is to provide human assistance from another person.

A couple of quick points in rebuttal.

I’m pretty sure when I read the materials for this proposed regulation that this goes back 10 years. Why, if the (generator) industry was going to make a difference, did it not make a difference over those 10 years of the 75 average people per year who died and the 25,000 total people we know were hospitalized, and likely another 25,000 or 50,000 more impacted?

The industry has had a long time to do it.

As trial lawyers, we make a difference too. But we can’t do it alone. We need your help.

We need this commission to establish clear regulations that will make the world safer.

For the link to other carbon monoxide testimony at the CPSC March of 2017 hearing, click here.