Carbon monoxide is one of the most dangerous toxins in our modern world, yet poorly understood by the public at large  and not considered in an overwhelming majority of emergency rooms. This page will address carbon monoxide poisoning frequently asked questions, including many of those we answer often when people call our 800 number. Many of these questions are addressed elsewhere on http://carbonmonoxide.com and we will provide links to more detailed treatments of those topics on our other pages.

What to do if my carbon monoxide alarm is going off? Get out and then call 911.

This is our most common carbon monoxide poisoning question. The best answer is to evacuate the indoor place that the alarm is going off and then call 911. The alarm is meant to induce an immediate reaction  and if that is how you react, just leave. If you aren’t sure, then you need to determine whether what you are hearing is the chirping the alarm makes when the batteries have to be replaced. The alarm sound is loud, quite alarming and meant to startle. The chirping is something that happens about every 30 seconds and is only cumulatively irritating. Click here for a video to hear the two different sounds from a Kidde Alarm.

WARNING: DO NOT TAKE THE BATTERIES OUT OF AN ALARMING CARBON MONOXIDE DETECTOR.

If you take the batteries out of an alarming detector, you will reset the time thresholds for the alarm to sound and essentially double your exposure to carbon monoxide poisoning.

What to Tell the EMT’s after I call 911 for Carbon Monoxide Poisoning?

One would think, that if you called 911 because your carbon monoxide alarm went off, that the medical system would take it from there. But that is simply not the case. It is important for those at the ER to know how much carbon monoxide you were exposed to. If the 911 operator did his or her job, the fire department should have come to your home or other place where you called from. But too often they don’t. If you are able to, insist that the fire department come and measure the amount of carbon monoxide in the ambient air (the air you were breathing). Those levels will be measured in ppm, with anything above 50 ppm a significant concern, above a 100 ppm very serious.

Sometimes those levels will have dropped before the fire department or a utility company measures them, either because of a delay in time or because the windows and doors were opened up.

We never advise anyone to stay inside and open the windows and doors. Always get outside and wait for the EMT’s. The added advantage of doing that is that the fire department will get a more accurate reading of how high the carbon monoxide was.

What Should be Done at the ER after Carbon Monoxide Poisoning?

Further, hyperbaric oxygen should be considered for everyone with an abnormal carbon monoxide level in their blood. Most ER’s won’t do this for anyone under 25% but that is the wrong choice. Do your best to insist on hyperbaric oxygen therapy.

How do you know if there’s a carbon monoxide leak in your house?

The best way to know if there is a carbon monoxide (CO) leak in your house is to have a carbon monoxide alarm in your house. But not all carbon monoxide alarms are the same. The emergency responders decided years ago that they were getting called out too often, so they convinced UL (Underwriters Laboratories) which creates the standards upon which carbon monoxide alarms sound, to make the standard for alarming much higher. Thus, CO alarms will only sound if the concentrations of carbon monoxide are high enough to cause significant exposure levels. That was a horrible mistake as the thresholds for alarming are high enough that CO levels in the blood can get to 10% in an adult (and much higher in children) before the alarm will sound. For that reason, we always recommend that people get an alarm with a digital readout where you can tell if the levels are above normal, before the alarm sounds. See the alarm above.

For more Carbon Monoxide Frequently Asked Questions keep scrolling down and link to other pages connected to this CO FAQ page.

What are the Symptoms of Carbon Monoxide Poisoning?

Carbon monoxide is created by fuel burning appliances, such as furnaces, hot water heaters, ovens and stoves. These are the primary fuel burning devices that should ever be operated in your home. Other engines can create carbon monoxide in deadly levels if operated inside your home, or near an open door or window. Any internal combustion engine, like the engine on a portable electric generator, lawn mower or ATV is extremely dangerous, even if operated in an open garage. Cars produce carbon monoxide poisoning as well, although modern cars produce 1,000 times less CO than do portable generators.

Can I get Carbon Monoxide in My Apartment?

Do I have a Carbon Monoxide Alarm in My Apartment?

Even though required in most states, such as Illinois, many landlords don’t supply carbon monoxide alarms to their tenants. Even large apartment complexes may fail to provide such alarms. Carbon monoxide alarms have the words “carbon monoxide” on them. However, many places now have a combination alarm which it can be hard to distinguish from a smoke detector. Making it even harder is that these detectors are often mounted on the ceiling. To be sure, take a picture with your cell phone. Then zoom in. 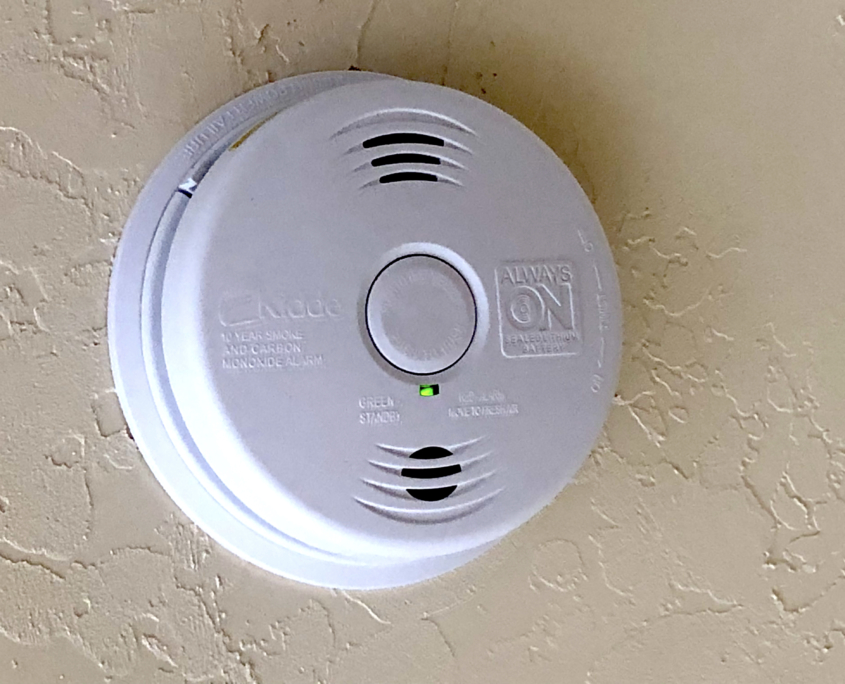 To determine if an alarm is just a smoke alarm or a combination smoke and carbon monoxide alarm, take a picture with your cell phone and zoom in until you can read the words. Unfortunately, the words are just pressed into the plastic, making it hard to tell. If you leave the flash on, you won’t be able to read it at all. 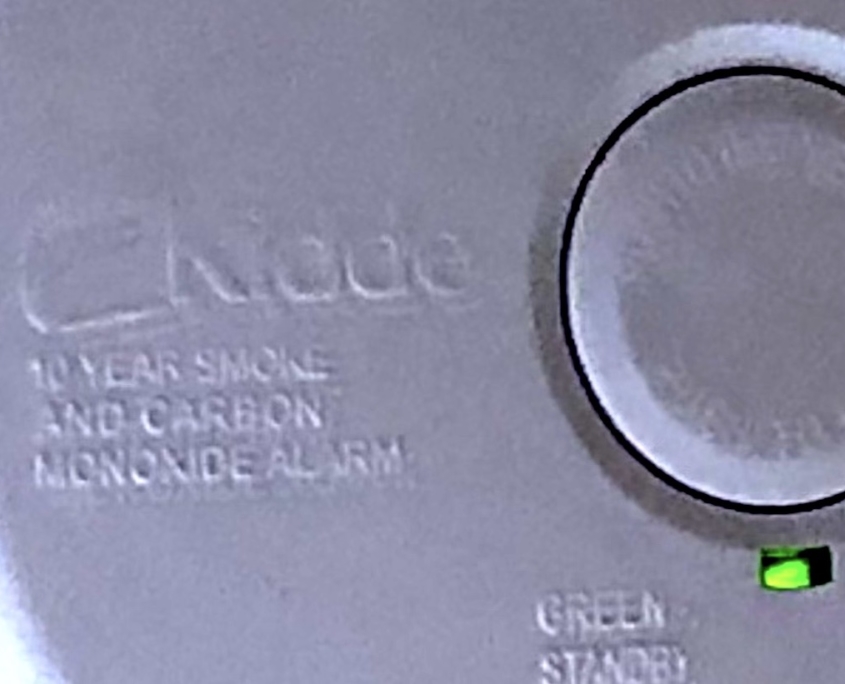 In order to tell what your alarm is, it will probably be necessary to zoom in on the cell phone image. What it says here is “10 year Smoke and Carbon Monoxide Alarm.”

Even on Kidde’s own webpage, it is may be necessary to zoom in to read these words. https://www.kidde.com/home-safety/en/us/products/fire-safety/combination-smoke-co-alarms/p3010k-co/ We wonder why the manufacturers of these combination alarms haven’t come up with a conspicuous labeling, like the older carbon monoxide only alarms had.
For more on carbon monoxide poisoning, click here.

If you have more carbon monoxide poisoning frequently asked questions to suggest, please email Attorney Johnson and he will either answer it himself or ask an expert for help. Click here for his email.